It’s time for the Neovim newsletter! Skip to the Fun and Features sections if you only care about new features. There are also changes in project management that you should know about.

Each minute, a new text editor is born (source: Hacker News). There are endless text editors that address the “common case”.

Instead of another Vim-like text editor, Neovim users want a better Vim. Thousands of small decisions live in the Vim core, accumulated over decades; most of those decisions are still relevant, solving subtle problems that new projects have yet to encounter, digest and decide.

Neovim is a refactor of Vim to make it viable for another 30 years of hacking. See :help vim-differences for a reference of changes and improvements.

Neovim very intentionally builds on the long history of Vim community knowledge and user habits. That means “switching” from Vim to Neovim is just an “upgrade”—like installing a new version of Vim. If you log onto a server or workstation with only Vim, you won’t be lost. If you find an article about Vim, it likely also applies to Neovim, unless it’s about :smile.

So if you like Vim, try Neovim. If you love Vim, try this ;)

From the start, one of Neovim’s explicit goals has been:

We want a hackable Vim: a codebase and community that enables experimentation and low-cost trials of new features.

And there’s evidence of real progress towards that ambition. We’ve successfully executed non-trivial “off-the-roadmap” patches: features which are important to their authors, but not the highest priority for the project.

These patches were included because they:

They are casually mentioned in :help nvim-features :)

New clients and innovative applications are appearing more frequently than ever.

There are clients for go, julia, perl, Java, R, Elixir, Clojure, and more. Visit the related projects wiki page to discover new projects as they emerge!

Benevolent Dictator For a Limited time

In July, Thiago (@tarruda) took a less active role in the project, for personal reasons. He hopes to resume active contributions in the future.

Some have asked for a “BDFL” to be named. @justinmk has that role, unless you want it: we’ve made steps to document the role of maintainer, so that anyone trusted by most contributors can step up in the future.

The ultimate goal is to spread out tasks as horizontally as possible, and to continue to give the “commit bit” to people we’ve grown to trust. There are currently 14 core contributors; we’d like to scale that to 50. We don’t want the project to depend on heroic effort, but a flow of interested parties working within the conventions and etiquette of the Vim community.

The (ongoing) successful funding campaign yielded libmpack, :terminal, and major refactors and improvements (e.g. decoupling the UI logic from the TUI). With Thiago taking a less active role in the project, the funding is available to other developers.

@ZyX-I, a prolific committer to Neovim (21 kLOC contributed) and Vim (13 kLOC, including if_python), agreed to take the role of “lead developer”, i.e. the developer who receives the funding. His work on Neovim includes:

The funding does not always go to one person. It’s available to any core contributor who wants to take a month or more to focus on Neovim.

Because funding is monthly, it is (hopefully) a low-friction decision:

The Neovim API is one of the defining technical and “soft” features of the project. In PR #5535 we formed a strategy for growing the API without breaking clients.

The API should only grow, not break. Each API function is marked by the API level where it first became available. This makes it practical for the numerous Neovim API clients to support any released version of Neovim.

Since PR #4934 you can call the API of the current nvim process directly from VimL:

We take API reliability seriously, and we’ve tried to think carefully about the design. Feedback from plugin and client authors is appreciated!

Some users wonder if 0.1 means Neovim is unstable.

We follow semver; the recommendations there explain the intention of the 0.x series.

More OS packages are appearing. Neovim is part of Debian’s next release! Special thanks to @jamessan (Debian maintainer and Neovim contributor), @fwalch and others who build packages for their favorite systems and work with us to address inevitable compiler/platform quirks.

What did Neovim contributors accomplish since 2014?

By a conservative estimate at least 20,000 new lines of C code have been written. We’ve written 2200 new tests, in addition to passing Vim’s own test suite. 273 different people have contributed to the core project. The core project has more commits in 3 years than Vim in 12 years.

Besides major refactoring and feature work, a ton of time was put into the Neovim continuous integration (CI) system. In a stable but fragile C codebase, maintainers tend to ignore “small” features because they may be too risky. CI reduces fragility so we can welcome feature work large and small, instead of fearing change.

New features can be tested rigorously with screen tests. For example, here’s a test that exercises the 'wildmode' UI behavior:

After we forked Vim in 2014, there was an unstable period; that gap has become smaller and smaller, and will vanish in 2017. Each regression fix is covered by integration tests. Each pull request builds against 12 different environments. Special thanks to @jszakmeister, @fwalch and @ZyX-I for their work on the build system, and to @oni-link for fixing some very difficult bugs.

One of the strongest impressions from social media is that people really appreciate less friction when they try Neovim. Defaults matter. Tim Pope deserves credit for curating many of the defaults we chose.

@fmoralesc and others thought carefully about how to implement these defaults without causing regressions (encoding=utf8 and syntax/filetype were tricky). The work was tedious, but justified: it’s a one-time cost that helps new users, old users on new systems (which are everywhere these days: VMs, containers, servers…), and all users by propagating Vim “best practices”.

Here are some new developments since the last newsletter.

In PR #4432 @bfredl made the first step to give UIs more control over the display of “widgets”. @romgrk quickly made a proof of concept.

This work was possible because @tarruda cleanly separated the terminal-UI (TUI) from the internal screen, so even the built-in TUI is driven by UI events like any other externalized UI.

In May 2016 a group of students mentored by Eric Burel contacted us about contributing to Neovim. From a list of ideas we provided, they decided to implement a “live preview” for :substitute. We merged it in PR #5561, released in 0.1.7. Set the inccommand option to try it:

This feature was made possible by our development model: despite having “no time” for a side-project, we outlined the basic idea, the students made decisions out-of-band, and we provided clarification as needed.

Eric wrote about the experience. Thanks to Eric, the students at ENSIMAG, @KillTheMule, and @bfredl for carrying this feature to a conclusion we are proud of.

Look for the following developments in 2017 for Neovim 0.3.

Neovim’s ideas are finding their way into other projects, such as Xi editor and Vim itself, which has seen more activity this year than any other year in its history. 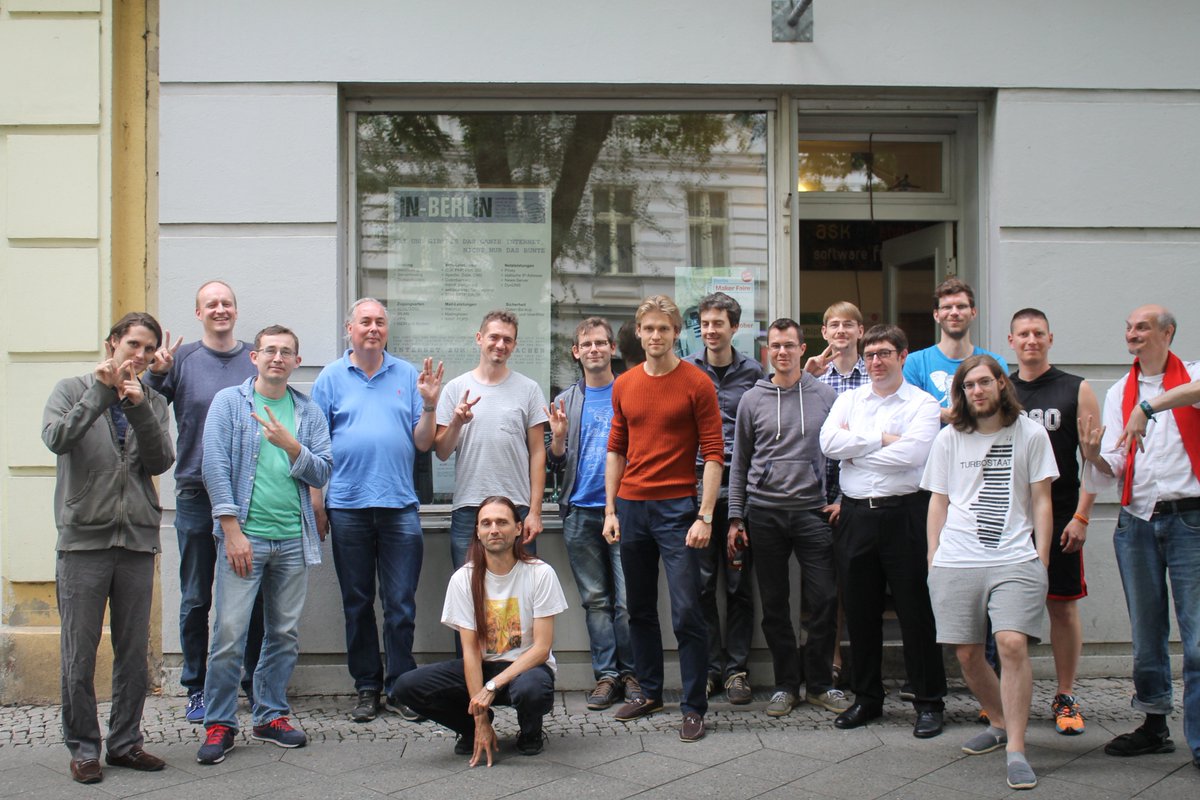 There’s a beehive of activity in the gitter and IRC channels (which are bridged by matrix thanks to @leonerd!). Visit us to talk about the project.

And don’t forget there’s a roadmap at neovim.io if you want to check where the project is headed.

Neovim is a Vim-based text editor engineered for extensibility and usability, to encourage new applications and contributions.

Visit #neovim:matrix.org or #neovim on irc.libera.chat to chat with the team.